You may think that motion sickness is no laughing matter, but humor can be found in the most unlikely situations. Read on for trivia, quotes and barf bag fun!

Even fish can get sea sick, and some researchers ensure they do (all in the name of science...)

Motion sickness among those watching 3D movies is common, but back in 1999 The Blair Witch Project - which was almost entirely shot on a handheld cameras - famously made cinema goers motion sick with its shaky camera work.

Some of the more outlandish motion sickness 'cures' I've come across:


For more mainstream (and proven) treatments and remedies see my page on Preventing Motion Sickness!

"One of the best temporary cures for pride and affectation is seasickness; a man who wants to vomit never puts on airs."
Josh Billings, 1818 - 1885

"The only cure for seasickness is to sit in the shade by a church in the country."
Anon.

"My favorite motion sickness cure is a can of Diet Coke. I just get someone to whack me firmly on the back of the head with it."
Poster on the JREF Forum

It is a curious fact, but nobody ever is sea-sick - on land. At sea, you come across plenty of people very bad indeed, whole boat-loads of them; but I never met a man yet, on land, who had ever known at all what it was to be sea-sick. Where the thousands upon thousands of bad sailors that swarm in every ship hide themselves when they are on land is a mystery.
Jerome K. Jerome 1859 - 1927 'Three Men in a Boat'

There was a young man of Ostend
Who vowed he'd hold out to the end;
But when halfway over
From Calais to Dover,
He done what he didn't intend.
Anon.

Barf bags, sick bags, happy bags... whatever you call them, people collect them - and just look how much people are willing to pay for rare examples on Ebay!

A few people go even further and generously share their collections with the world: 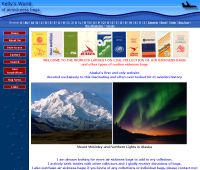 Bruce Kelly has created Kelly's World of Air Sickness Bags which he claims is the world's largest on-line collection of airsickness bags and other types of motion sickness bags (the bags don't just exist on planes, but also on boats, buses, trains and in movie theaters etc.). As Kelly says, these bags are an overlooked piece of aviation history. He considers it his calling to preserve them for future generations.

Steven J. Silberberg has created the Air Sickness Bag Virtual Museum and has a barf bag poster on sale. He'll even kick start your own collection by sending you a 'Starter Kit' of 3 free barf bags. What are you waiting for?!

And if virtual museums weren't enough, Chris Marks has written a book on Barf Bag Origami.

Just the thing to keep your mind off motion sickness on a long flight!

There is even a children's book with a barf bag character. Adventures of a Sick Bag: Barf's First Flight by Carolyn Newcomer, an expert on vomiting issues, uses humor to teach kids about being kind to others.

Bad taste, or just a bit of fun? UK graphic artist Lydia Leith created a Royal Wedding sick bag for those sick of hearing about the wedding of Prince William and Kate Middleton in April 2011! 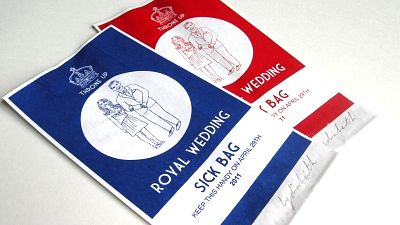 American Blues Musician Seasick Steve gets his moniker from  yup, you guessed it  not being too good on boats. "I've been seasick my whole life," he is quoted as saying in an interview on musicomh.com. "I can't go on boats. I went on this boat from Norway to Denmark, it was called a booze cruise. They have big ferries that go back and forth every day between Norway and Denmark with these bands playing on them. Mainly for people to just get drunk and buy cheap booze. And I went on the boat and MAN I was sick. I threw up from 12 to 7 in the morning and then I got off, and on the way back they were, 'hey, it's Seasick Steve'. It's stuck on me like stink! Yeah, it's a serious handicap..." 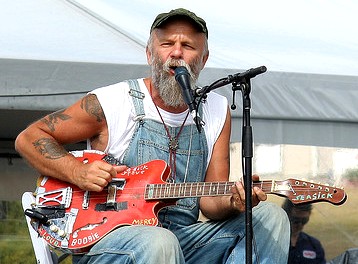